Vi ricordate, when I wrote you last December about a piece called Spaghetti CO. - Something just happened at 1:19pm, well the saga continues Premiering the second chapter Are you still hungry? as part of the NW New Works Festival at On the Boards THIS FRIDAY.
It still has Spaghetti and Wine, and a lot to do with being an Italian immigrant. As an Italian-American immigrant, I am also making this piece to speak to what it means to be an immigrant in a country of immigrants, in a time where we understand other cultures by mocking them with historical stereotypes, commonplaces that we have picked up from TV shows or movies, more than from reality. I am Italian, I was born in Italy, and I am making a dance with spaghetti and tomato sauce. As a Perugina, born and raised inside of the Etruscan walls, I would love to forward my invitation to the Italians of Seattle. I believe that your experience of this live performance will be something different and peculiar, being that we have so much in common! 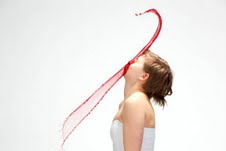 Please feel free to spread the word and send this around to anybody you think might be interested.

I am thrilled to announce the premiere of the second chapter of the Spaghetti CO. saga with the title Are you still hungry?

It will open on Friday June 10th at 8pm and replicate two more times Saturday June 11th and Sunday June 12th at 5pm in the On the Boards Studio Theater (Seattle), as part of their NW New Works Festival. The whole festival line-up is amazing!! Quite the line-up for this years festival!

Spaghetti CO. - Are you still hungry? will, like its predecessor, Spaghetti CO. : Something just happened at 1:19pm deal with flying spaghetti, tomato sauce and wine, but that is not all, parallel to those images it will touch upon the ideas of home, belonging and grief.


Consider purchasing your tickets on-line very soon, since the Studio Theater has a marvelous tradition of selling out.

and there is more cooking in the Spaghetti CO. project pot...

I would like to inform the world that DAKA is back on track.

After a little break, some confusion and a lot of questions - Anh Nguyen, Alice Gosti, Devin McDermott and Katherine Riggs are please to announce their re-union which happened in the process of the creation of Spaghetti CO. Are you still hungry?

Popular posts from this blog

May 12 (Friday)
Horse lake Reserve Horselake preserve out of Wenatchee.


May 13 (Saturday)
Sauer's Mountain North of Peshastin, which is three miles east of Leavenworth 6.0 miles, roundtrip Gain: 2000 ft. Highest Point: 3116 ft.  "Enjoy a variety of fun, funky art on the first section of trail, including many of the Sauer's carved totems and faces on trees. The trail is very narrow and the hillside is steep. Be aware of where you step to share the trail with fellow hikers. Climb steadily through balsamroot and lupine, as well as bluebells, phlox, and a myriad other wildflowers." 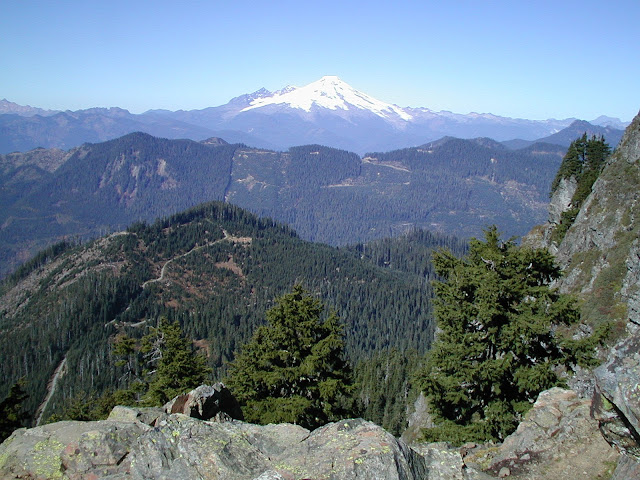 Sunday 18
Sauk Mt.  4.2 miles R/T,1190 feet elevation gain,5537feet highest point.Moderate hike
Enjoy amazing views of the Sauk and Skagit river basins, and that's just from the trailhead parking lot! From the summit of this former fire lookout the views are beyond amazing.
Appointment at 10:00 at the parking lot,15 min. waiting time
Northwest Forest Pass is required,dogs allowed
Direction:
From Burlington (exit 230 on I-5), head east on the North Cascades Highway (State Route 20) for 36.5 miles to the Rockport State Park boundary at milepost 96 (7 miles east of Concrete and 1.5 miles west of the junction with SR 530). Turn left onto Forest Road 1030 (signed "Sauk Mountain Road"). Follow this steep road for 7.5 miles to a fork. Bear right and continue 0.25 mile to the trailhead (elev. 4350 ft). Privy available.

By Felice Rotondaro - March 12, 2015
Cari amici
Beginning Monday March 9th, 2015, local realtor and all-around character David Madrid will be hosting a new radio show called "Northwest Italian Radio Show." The show will air every Monday from 3-4 on KKNW 1150-AM. Each week, David will share stories, music, and information about the Italian Americans and their history in the Greater Northwest Region - in the spirit of the PBS TV show "The Italian Americans." David will have guests on his show to share their memories.... "Just like sitting around the table after a Sunday dinner". So make sure that you tune in to this great show. Each week will be new and exciting. For example, on Monday, March 16th, David's guest will be Joel Patience, Project manager, developer, watercolorist, muralist, designer and amateur chef and most importantly, Founder and Event Curator of Le Arti della Festa Italiana – an exhibit of works about Italy and Italians in two-dimensional or three-dimensional media. Le Arti d…
Read more